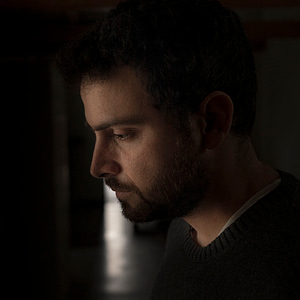 Davide (1991, Messina, Italy) is a photojournalist based in Milan and graduated in 2016 at IED (European Istitute of Design) at the school of visual arts in photography.

His work focuses on an authorial research that analyzes in depth the changes of what is around us, ranging from issues related to globalization (taking an interest in minorities crushed by a constant desire for equality) to issues concerning the environment and adaptation of the human condition. During the Covid-19 pandemic he documented the “new normal”, analyzing how humans adapted to what was happening around them.

Davide was included in 2014 among the 10 best under 25 Italian talents, nominated in 2019 by 6×6 World Press Photo Global Talent Program and one of his photos was selected by National Geographic among the 10 iconic photos of 2020. He has been published by National Geographic Magazine, The Washington Post, The Guardian, Süddeutsche Zeitung Magazin, D-La Repubblica, Newsweek China, MIND, Vanity Fair, Vogue Italia, I-D Italia, Internazionale, FQ MillenniuM, PH Museum, Il Reportage, Corriere della Sera, L’Oeil de la photographie, Artribune among others. A photo taken by him has been selected as the cover of January 2021 special issue by some editions of National Geographic Magazine.

His works received national and international awards, being exhibited in a several festivals all around the world.

The 30: New and Emerging photographers to watch by PDN  – Nominee

Nikon Talents – Nominated among the 10 best Under-25 Italian talents

Cortona On The Move – Cortona, Italy

THIS IS US – Roma, Italy